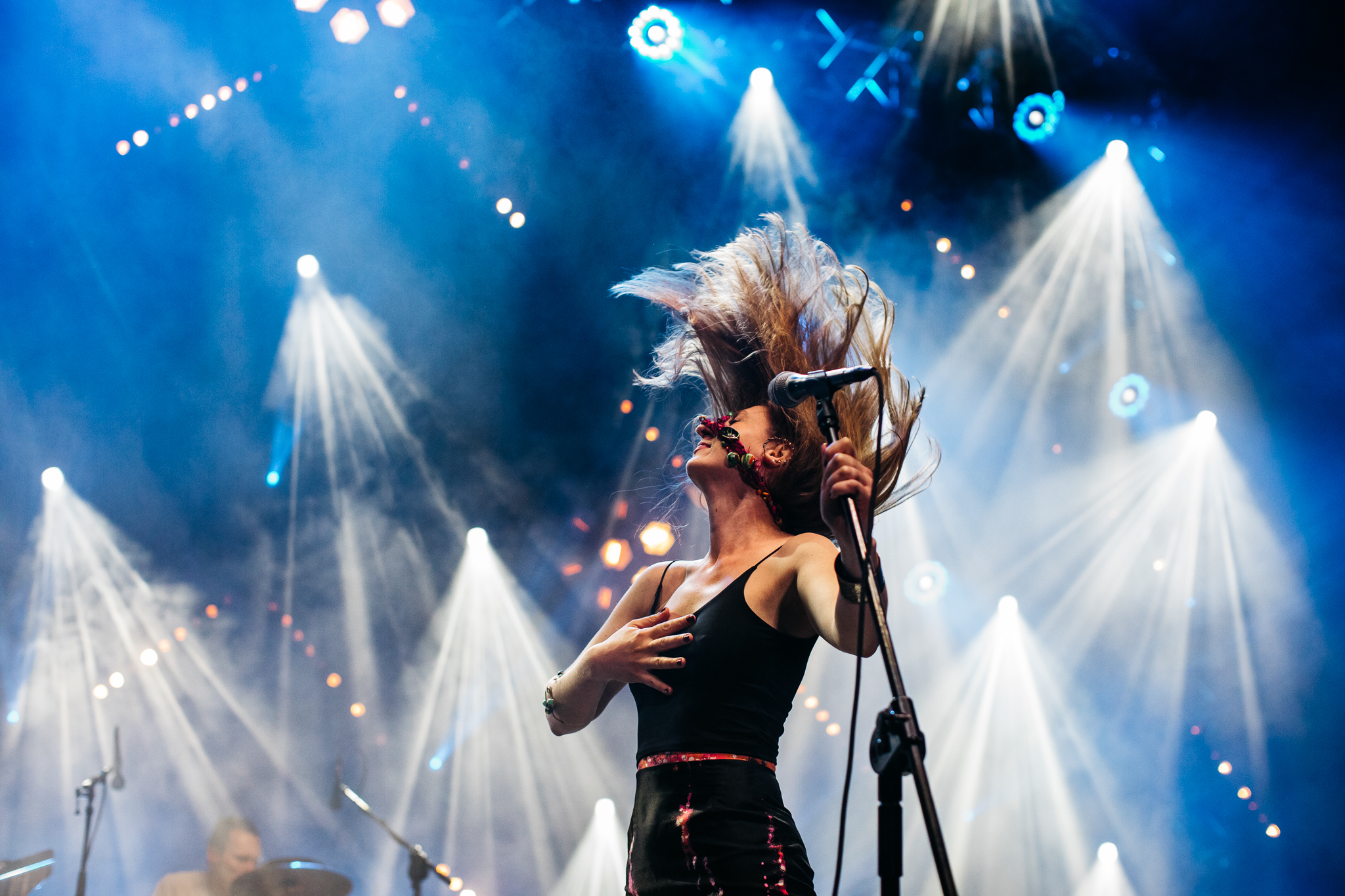 Meszecsinka is one of the 12 best Hungarian world music bands according to Dal+Autor magazine. The band was founded in 2009 by Annamari Oláh (vocals) and Emil Biljarszki (piano, guitar), and its name (Little Moon in English) was borrowed from a Bulgarian folk song.

‍Meszecsinka sings in seven languages, comes from four countries (Hungary, Bulgaria, Poland and Croatia) and travels to Wonderland, where Hungarian and Bulgarian folklore coexist with flamenco and psychedelic rock, the oriental with experimental. The band is actively touring, they toured Europe, played in the US and Canada, shot a clip on Red Square and made a road movie in the Balkans.

“…wild and messy, like the soundtrack to the rave at the end of the universe…” Songlines Magazine (UK)
“Meszecsinka entices you with sounds of magical and hypnotic quality” Journal Frankfurt DE
„It's that kind of folk that sneaks up to the roots of wisdom teeth. Not with the songs for the tourists, but with dancing dervishes, moaning, ecstatic shamanism of the mediums.” Dmoon.ru

Bence László Tarr
Fire Stage
→ Back to the Program