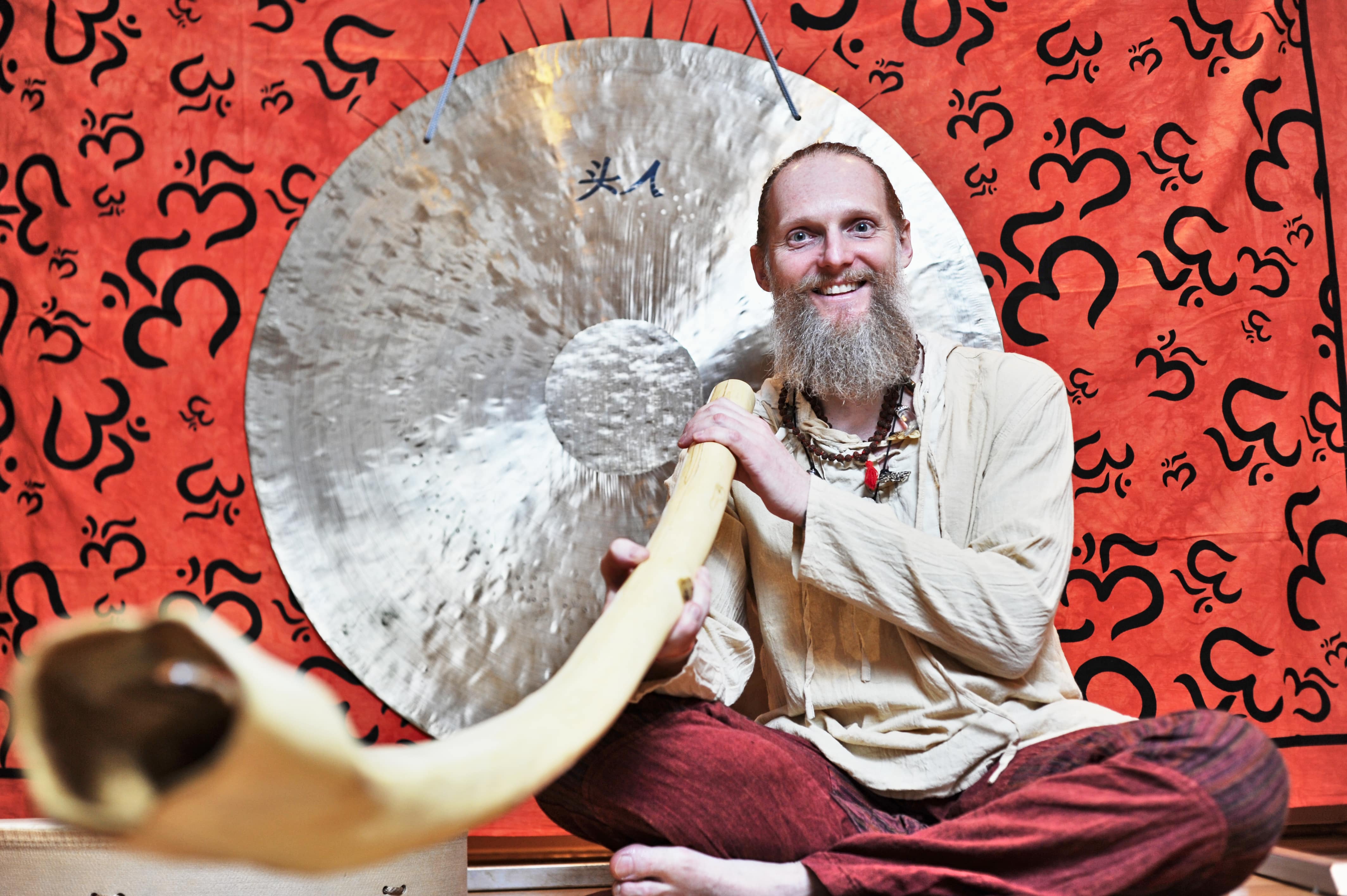 The trans-breathing or shamanic breathing is an intense hyperventilation breathing technique that allows us to easily enter a changed state of consciousness and help resolve the traumas and blocks hidden in our subconscious, after which our minds become more open to spirituality.

We will perform the first trans-breathing standing, dancing, everyone can move with their eyes closed, as dictated by their trans state. Dancing and rhythmic music multiply the effects of the trans state, while at the same time helping to avoid the muscle cramps and unpleasant bodily symptoms that often occur with laying trans-breathing.

In the second part of the journey, we will continue to breathe laying down, accompanied by the sounds of music, and thus reach even deeper parts of our subconscious. Intense breathing and deep work are closed with stillness and supine relaxation.

If you have these and still want to attend the event, be sure to consult Gauranga Das beforehand.

Preparations: Try not to eat solid food that day or just have a light breakfast. Bring a bottle of water, a paper towel, a yoga mat or polyfoam and a blanket. You can also bring lip care against dry mouth. It is recommended to wear comfortable clothing suitable for movement.